Six reasons the Hoover closure can be reversed

Ever since the school board voted to close Hoover as part of its facilities master plan, the district has had an interest in making that closure appear inevitable. That seems to be one of the functions of Superintendent Murley’s ongoing meetings with Hoover parents about “preparing” for the closure. But there are good reasons to think that the closure is not at all inevitable. Here are six:

1. The closure may depend on voter approval of bonds. The whole impetus behind the facilities master plan was that our schools are overcrowded. As a result, the district can’t close Hoover until it builds enough new construction to relieve existing overcrowding and accommodate the almost four hundred kids who currently go to Hoover.

Because the district has limited funds, many of the projects in the plan can’t occur unless voters approve bonds to finance them. Those bonds would need to get 60% of the vote at the polls. It is not at all clear that the district can count on 60% support for its plans. In fact, when the district put its Revenue Purpose Statement up for a vote last February, it got only 56% approval – and that vote did not even involve any controversial school closings.

If any of its proposals for new capacity fail to get bond approval, the district will be forced to reconsider the plan, and will have to think twice about closing an existing building that can hold between three and four hundred students.

2. Closing Hoover does not have popular support. At every opportunity, the public has expressed opposition to closing schools. At the district’s community workshops, almost two-thirds of the participants favored plans that did not close schools. That result was consistent with the district’s earlier phone survey, in which people rejected shifting toward fewer, larger elementary schools by more than two to one. In the most recent school board election, two-thirds of the candidates opposed closing Hoover, including the top two finishers. The incumbent who voted to keep Hoover open came in first place. The incumbent who voted to close Hoover was decisively defeated – only two years after being elected with 80% of the vote. Results like that can’t be ignored by public officials for very long.

Moreover, there are good reasons the decision is unpopular. The more we keep the discussion alive, the more we can bring those reasons to the public’s – and the school board’s – attention.

3. The Hoover closure is very expensive and will have to compete with other projects for funding. If the district closes Hoover, it will have to spend about $11 million to replace its capacity elsewhere. When the board starts prioritizing the projects, it will be hard to justify spending $11 million on a project that doesn’t increase capacity at all, especially if that means postponing other projects that do increase capacity or that make real improvements.

4. The proposed closure is still at least four years in the future. The board voted to close Hoover no earlier than 2017-18. In fact, it would have been hard to close Hoover any earlier, because a lot of new capacity has to be up and running before there will be space elsewhere for the Hoover kids. That means that there is still a lot of time for the decision to be changed. Four board members – including three who voted to close Hoover – come up for election in 2015. Crucial bond issues may also appear on the ballot during that time. A lot can change in four years.

5. The facilities plan will necessarily change over time. The facilities master plan is a long-term plan that sets a course for the next twenty years. It doesn’t bind future boards, and no one expects the plan to unfold exactly as written. Circumstances change. School board membership changes, too, as the public makes its preferences known.

6. It’s a democracy. This is a public school system, after all. On this issue (unlike on so many others), there are no mandates from the state or federal government forcing the district’s choices. Our community gets to make the final decision, through its elected board members. To accept the Hoover closure as “inevitable,” regardless of whether people want it, would be to give up on the idea that government policies can ever change.

Next year, Hoover will celebrate its 60th anniversary. Hoover has survived and thrived right next to City High for sixty years. If the public wants it to – and there’s every reason to think they do – there’s no reason it can’t last sixty more.
Posted by Chris at 10:43 PM

The simplest way to comment is to choose "Name/URL" in the drop-down box, then just type in your name. You can leave the URL field blank. Comments are moderated to prevent spam, so your comment may not appear immediately.

Save Hoover recommends voting for Laura Westemeyer, Karen Woltman, and Charlie Eastham for school board. Read our full recommendation here.

Read the candidates' responses on the Hoover issue here.

Donate to Save Hoover 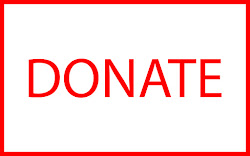 Many Hoover families (and others!) are against the proposed school closings. This site is to make sure that those voices are heard.